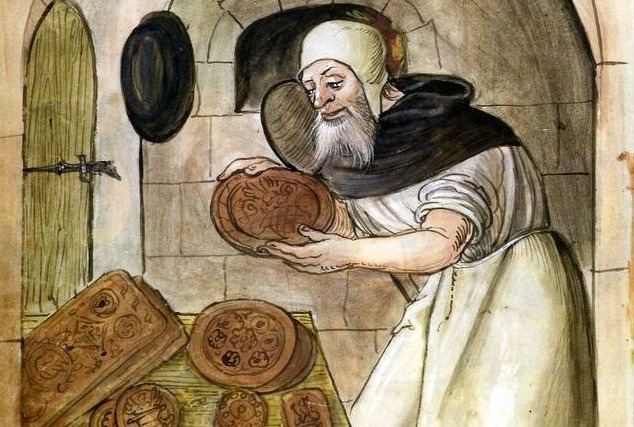 Gingerbread has a fascinating history, and it began very differently to the gingerbread that we know and love today. I chose to make it for a Medieval Englishwork class I taught last month and it has been such an interesting journey of researching into it’s history and then trying the recipe I found.

Ginger (Zingiber) has derived from the Greek ‘zingiberis’ which originally comes from the Sanskirt name for the spice ‘singabera’, which is of Indian origin. Interestingly, singabera is translated to ‘root shaped like a horn’, which is very fitting to describe ginger!

Although, our word is of Greek origins, ginger is a native plant in South-eastern Asia and so it is no surprise that it was first cultivated in China with the first records of ginger being used for medicinal purposes from the 1st century. As far as we know, the Chinese started to develop their ginger into baking ‘bread’ in the 10th century, which is much further behind than the Greeks. The first known recipe for gingerbread has been found in 2400 BC – much earlier than the Chinese.It is very interesting considering that there was trade going between the countries and yet recipes weren’t shared. It leads to question, who really came up with the idea first? However, there is no doubt ginger would have been used a long time before it became a confectionary in both countries, then enjoyed as a sweet treat by the wealthy and then to the masses as it became more accessible.

Gingerbread was brought into France in 992 AD. An Armenian monk Gregory of Nicopolis (today Western-Greece), travelled from his home and settled into North-central France where he spent many years teaching how to make gingerbread to others. Later on, when the crusaders fought across the seas, they discovered ginger as a spice and gingerbread which was brought back to England in the 11th century. This was the start of something new and exciting for our country.

During the Medieval period, spices were used in both cooking and baking. There were no fridges at the time and so meats, fruits and vegetables would have to have been preserved in a variety of ways. Meat in particular wouldn’t have always tasted good – some might say that it far from being fresh…! So spices were used at the time to disguise the flavour of meat in many dishes, but it was not forgotten as a sweet treat. In fact, the word ‘gingerbread’ to those in the Medieval period meant ‘preserved ginger’, using it in a way that would keep the ginger for longer through their baking.

Gingerbread wasn’t made in the same way as we know it today. As it suggests in the name, it was originally made from breadcrumbs mixed with honey, spices and sometimes food colouring to create a beautiful decorative centre piece for a feast. There were some recipes which even had mustard or pepper in to give the sweet treat a bit of a kick!

The gingerbread resembled confectionary rather than bread, cake or biscuits and it was often moulded into beautiful shapes of flowers or birds which changed depending on the season. For those who could afford the most elaborate gingerbread, gold leaf was often used as part of the design. This is probably where the expression ‘to take the gilt off of gingerbread’ originated from.

The start of gingerbread men has been accredited to Queen Elizabeth I. She requested that the shaped gingerbread was to be decorated with possibly white icing but then it was her that first served gingerbread figurines to her foreign dignitaries. These figurines were made by pressing the dough into wooden moulds and then carefully eased out and allowed to dry.

The farmer’s market of Drayton in Shropshire was considered the home of gingerbread, where gingerbread was traditionally eaten, dipped in port. The confectionary would have been made and sold at fairs and known as ‘fairings’ of gingerbread. These beautifully made sweetswere tied with a ribbon and bought as a token of love.

Today, there are many versions of gingerbread, with each country having its own unique style– breads, biscuits, cakes and confectionary, consisting of crumbly, soft, hard or crunchy.

This particular recipe which was originally found on Gode Cookery, is a recipe from a complied book of manuscripts dated from 1425-1450. It has been slightly edited to make it easier to get the quantities right.

Half a loaf of brown or white bread

A pinch of pepper

A couple of drops of red food colouring

It really is such a simple recipe and reminds me of the fridge cakes that are so popular at the moment. The honey flavour is wonderful and the cinnamon comes through with a warmth that makes it an unusual but delicious flavour.

Have you tried this recipe? Tell us what you think! Post your photos in the comments below… 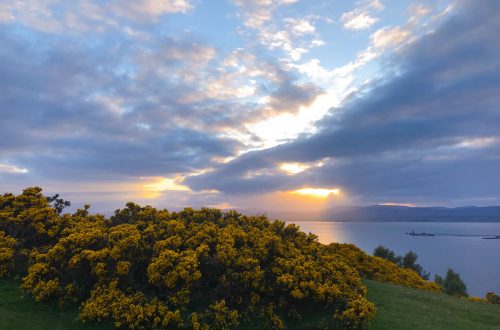 Colours of the Highlands 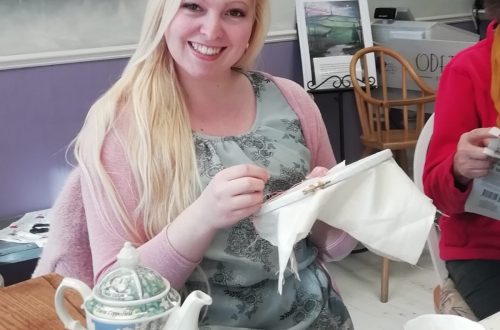 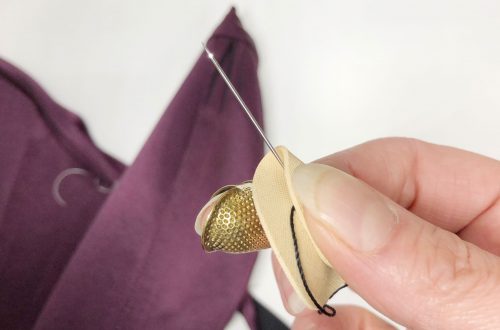